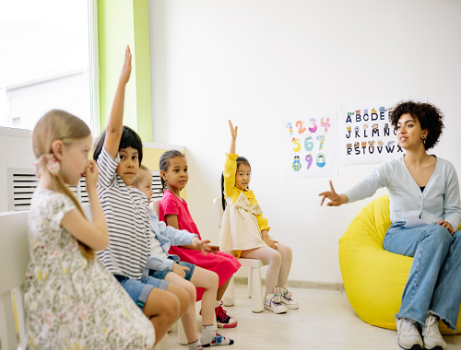 If SEL in Schools is a Product, Then it Needs a Technology and Marketing Upgrade.

There is a thin line between what divides education from literacy. Literacy is the ability to read and write but education is more about understanding the knowledge. knowledge is gained to bring perceptional and behavioral changes in our lives.

Children spend most of their time in school, where they expect to learn everything. Therefore, schools hold the responsibility for a child’s holistic development.

Frederick Douglas enlightened us with the thought that it was easier to build strong children than it was to repair broken men. Well, the time is now!

The rising mental health issues of children and violence in schools testify that we should wait no more and go full force in taking steps to nurture a child’s social and emotional well-being.

So, can a proper SEL curriculum be the answer?

Social Emotional Learning is a soft-skill development. It is based on the idea that students’ EQ is as important as their IQ.

In other words, SEL helps students to manage their emotions and make calculated decisions. It is a session-based or activity-based learning where students learn how to become better social beings and handle emotions.

How does SEL work?

SEL aims to impart critical skills to students to make them better managers of their emotions and better social beings. According to CASEL, these skills include:

Why are we talking about SEL?

Many educationists feel that schools should make it a priority to impart SEL. This comes in the wake of increased incidences of gun violence in schools. Also, these incidences are backed by the theories that the children involved in the violence bear unhealthy mental states.

And it is not only that. The unprecedented pandemic left students to the boundaries of their homes, affecting their routine activities and studying patterns. This eventually caused an increase in anxiety issues, feelings of loneliness, loss of self-confidence, etc.

A research study by Rand Corporation revealed that the use of SEL programs became more widely in school organizations after the reopening of schools post Covid closures.

A 2021 study by McGraw Hill revealed that educators (84%) and parents (62%) hold a common view that students’ SEL can help them deal with the emotional distress exacerbated by Covid-19.

The inability of students to handle their overwhelming emotions and subsequently making inappropriate decisions at that time, call for the urgent need of SEL programs.

Is a good SEL curriculum the answer?

SEL, in essence, is not a panacea for all societal problems and we should not market it as one. It is like a technology that is much in hype today, but it should not fade like a fad. SEL is like a moral education that is as good as teaching good manners in schools, such as sharing with others or helping others.

Additionally, teachers who have taught SEL in classrooms have indicated positive changes in student development.

Observations explain that SEL lessons have significantly helped students to express themselves, feel good about their being, learn to accept others, and not indulge in bullying.

It is not just the educators. The students also think that a good SEL curriculum and a well-integrated SEL program can carve mentally and socially healthy children.

So far, one can say that a majority of schools have implemented SEL programs in the US.

93% of teachers believe SEL needs a significant focus in schools. Additionally, a few others feel that the government should mandate it too. This can help SEL to make a stronger impact and get the attention it deserves.

But if most educators adopt SEL programs, then why are instances like that of gun violence, not nearing sunset?

Kevin Liou, an educational consultant, tutor, and owner at DiOrcus Designs LLC, explains why he believes SEL is not the answer.

“Emotional outbursts are far from the state of deprivation and mindset of a gun-shooter/violence perpetrator. They have gone “beyond”, to speak, the mere “emotional outburst” part of their expression. It is a denial of self, a rejection of the ability to express themselves, a denial of the ability even to feed themselves at times. Hence, it is a systemic issue with sociopolitical and heavy economic ties.”

“I don’t think it (SEL) holds priority in the US.”, one educator mentions.

“I don’t believe we (teachers) have enough time to teach SEL effectively and still teach our regular curriculum. There needs to be allotted time in the day; just like there is time in the schedule for math and reading.”.

“Most schools have guidance counselors who are responsible for the majority of the SEL but they are also overwhelmed. In elementary school, we have one counselor for 500 students, so it’s impossible for them to get into every classroom.”

Why is there a case against SEL curriculum?

CASEL has been a lead organization that has promoted SEL in American society. No wonder SEL has its own critics parade where they drop the concept and the SEL intentions into a box of doubts.

A school of thought believes that SEL intends to take education away from the American culture and tries to connect it with spirituality, which is not what schools are for.

They believe that the idea of instilling SEL in schools can be dangerous. Afterall, a conservative mindset would not be comfortable when a teacher would tell their children that it is okay to come out of the closet and accept their sexuality as other than what it looks like from the outside, especially in a school.

Some parents are worried that under the veil of SEL, their children are being taught sex education and critical race theory.

Some SEL critics point out that SEL encourages an ‘activist’ mindset, and the curricula are far from managing the child’s emotions.

It would not be a misstatement that SEL has its critics, given the space for ambiguity in this concept. Those who do not understand the idea will doubt it as it is their child’s learning in question.

The confusion persists, and although SEL has a widespread adaption, there are still concerns about its curriculum design.

Going by the definition and understanding of what SEL is and what it aims to achieve, it is a saint but not a magic pill. SEL curriculum is not uniform or verified, there is effective plan to teach it.

Parents are not entirely informed about what their children are learning and why they are learning it, which is why the scope of ambiguity increases and there are parental concerns about SEL teaching.

With the help of philanthropist organizations like the Bill and Melinda Gates Foundation, Harvard Education is trying to develop an SEL platform. The platform can help identify a framework that can enable defining and practicing SEL.

To make SEL a success, the complete participation of parents, teachers, and students is needed. Teachers should not only be educated but also trained about SEL and how it can be instilled in a child.

The curriculum should be uniform, government-verified, and promoted. As students spend most of their time in schools, making SEL a part of the curriculum can help them raise their emotional quotient, garner empathy training, and become kinder citizens.