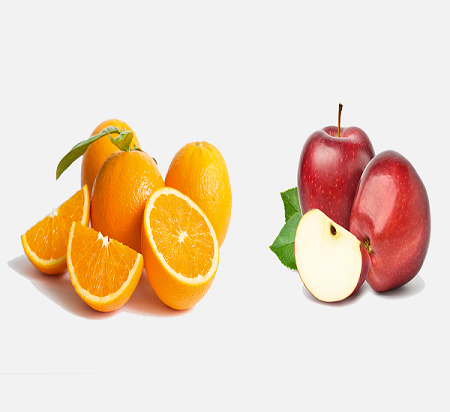 There are online tutoring companies, profit or non-profit Ed-techs companies, and then there is ‘Physics Wallah.’

The brand name was so vast and the model so scalable that his teaching platform could raise $100 million (taking its valuation to $1.1billion). This was at a time when the global investors are being scrimpy about the Ed-tech market.

Physics Wallah (PW) is the new name in the Indian Ed-tech startup space, and our PW muse just won’t stop! We were fascinated to know how a simple teacher, catapulted by passion and his students, was able to disrupt the Indian Ed-tech market with a super affordable learning platform.

What makes this Ed-tech startup so exclusive in its arena is noteworthy. PW startup is built purely on the face of the one-man. This man is a teacher by profession but a high-school graduate on paper. He is infamous for his quirky, hilarious, but excellent teaching style and skills.

Alakh Pandey started his YouTube journey after teaching for a while in offline coaching centers. He wanted to reach more students through the internet platform. Given his love for physics, he soon became a familiar name among the STEM students. A majority of his followers include students studying for national-level school boards and competitive entrance exams in India.

India is an exam-obsessed country, where more than a million students register for technical and medical college entrance tests yearly. The competition is fierce, and exams are tough because seats are limited. So cram schools come into the picture at this very moment. And this is how ‘Physics Wallah’ entered the teaching world.

While talking about exams, another name pops up in our minds – the cram schools of South Korea!

We know the country has a popular hagwon concept, in which students attend private evening schools. In South Korea, there is a pressure to study hard. This pressure stems from the exercise of judging a person by their academic achievements. This is why it is important for South Korean students to graduate from premier universities in country.

It is common to see celebrity teachers in the famous cram-school districts like ‘Kota’ in India and ‘Daechi-dong’ and ‘Apgujeong’ in South Korea.

We read about how in-demand hagwon teachers in South Korea have a rockstar status and earn millions. However, nothing was as popular to date in the Indian Ed-tech world until we heard about ‘Physics Wallah’. With the advent of this new company, an inevitable comparison begs to be drawn.

Alakh Pandey started his YouTube channel ‘Physics Wallah’ in 2014. His channel subscribers saw a colossal growth from 10,000 in the first year to 7.3 million.

With his personal brand name and teaching skills, he incorporated PW almost six years after becoming a hit on YouTube. But why is PW different from others in the Ed-tech cult?

Companies like tutor.com, Chegg, Udemy, and Study.com are course-based or knowledge-based. They offer live interactions with teachers, notes, course modules, etc. However, they do not have a particular face representing the entire company. This teacher-led model, found earlier in South Korea, has also found its place in the Indian Ed-tech industry.

The rise of the new Ed-tech company PW shows a reverse pattern. Here, a teacher became successful with the blessings of his students. PW draws its uniqueness from its teacher facade, which brings nothing but more credibility to the company.

But who knows what the future holds? After all, many widely known Ed-tech companies had started similarly but managed to diversify into a business with a similar teaching pattern. However, the catch is that PW offers courses that any Indian student from a humble economic background can pay for.

Where does the PW model see itself in the coming years?

Teacher-led companies are not common in Ed-tech. Most Ed-tech companies, especially in Western countries, are education aggregators offering courses or affiliation studies. They do not have a teacher like Alakh Pandey or a Cha Kil-Yong to carry a brand on their shoulders! So, can we expect a model like this in countries like the US or UK?

Education cultures of the Eastern and western countries are vastly different

The thought looks like a pipe dream or even a distant possibility, given the vast difference in the educational cultures of the two continents.

The foundation of Physics Wallah (India) and U-Star (South Korea) stems from the culture of cramming and memory learning in these countries. This system is very different from what we find in America or Europe.

The Asian study environment is swamped with exam stress and scores values on students’ academic records. In contrast, the education system focuses more on critical thinking and problem-solving in countries like the US and UK. The admission process of getting into the most demanding schools is not just about the scores students have gained on their entrance tests; there are other factors like SOP, work experience, interviews, etc.

Keeping this in mind, a lot of coaching institutes in India and South Korea have become billionaire businesses by finding this loophole in their education systems and bringing out solutions to teach tricks and shortcuts that can help students crack the toughest entrance exams and open their doors to paradise colleges.

Most of these private education institutes are expensive and cost a fortune to the parents, but they shed it anyway, thinking of this as an investment in their child’s bright future.

Physics Wallah could create a cut because he was willing to offer a crash course which is i) online and ii) at prices almost one-tenth of what other online learning platforms offer. For instance, course preparation for a technical entrance exam from PW would cost around $52.60 and around $500 from other platforms.

Which Education Model is Worth Adopting?

Can we think that Ed-tech companies with incredible star teacher models can come to countries like the USA and UK? Maybe.

Or let’s consider if the other way round is possible. Yes, without a doubt.

It is possible because it is already happening in some Asian countries where schools have started to follow the American education model in elementary and primary schools. This can be a result of the popular notion that the Western education system is considered one of the best systems in the world.

Although South Korean or Indians are more strict about learning, they also make one of the most competent students in the world. Their schools are mostly strict as there is high stress on academic performance.

On the other hand, the Western education system is developed for students to be more creative, participate in co-curricular activities, and invoke practical knowledge, apart from focusing on high grades. They insist on rational thinking through assignments on problem-solving and by having open discussions on various topics.

The Indian Ed-tech model works on the concern of giving what the Indian market wants and seems to be following the footsteps of its Korean counterparts, that is, exam-centered study help.

The Student should be priority

Whether to implement a teacher-led model in Western schools or to emulate a student-led model in Eastern countries is for the education experts to debate. But what we can offer to think about is whether they are even willing to bring about a change in their education systems based on the interests of the students.

So far, we see revolutionary transformations in the educational landscape worldwide, primarily due to the Covid-19 pandemic. This also brings us to the thought that learning setups in the Eastern and Western countries will no longer be the same in the coming years. At least, that is what the rise of the student-loved ‘Physics Wallah’ points at.