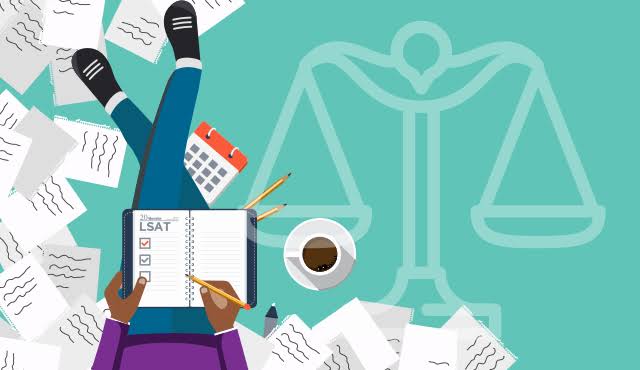 In: Assessment of Learning By: Anuvrat Dutta Reading Time: 5 minutes

The prospect of practicing law in the United States is likely to excite many students. This is because it is fascinating, straightforward, and demanding. However, in order to get there, they must first attend law school. In addition, if they want to prepare for a career as a hotshot lawyer in the United States, they must also start preparing for the LSAT.

The Law School Admission Test (LSAT) is unlike any other exam a candidate has ever taken in their life. The LSAT is a skills-based exam. It assesses critical reading and analytical thinking abilities that are essential for law school success. Before they start preparing for the LSAT,  aspirants should familiarize themselves with the exam’s ins and outs. This will help them prepare for what will be on the exam.

Let us start with a definition of the LSAT, as well as its eligibility and prerequisites. Following that, we will move on to how to study for the LSAT, the exam format, and the cost of taking it.

In the United States, Canada, and a rising number of other countries, the Law School Admission Test (LSAT) is a requirement for admission to law school. The LSAT is designed to assess the skills needed to succeed in the first year of law school. These skills include reading comprehension, thinking, and writing. The exam results provide vital insight into law school readiness for both admissions decision makers and candidates.

The LSAT is the single strongest predictor of first-year law school achievement, even better than undergraduate grade-point average, according to studies. The LSAT, according to LSAC, should be simply one component of a comprehensive admissions process that takes into account each candidate’s skills and life experience.

Eligibility and Prerequisites of LSAT 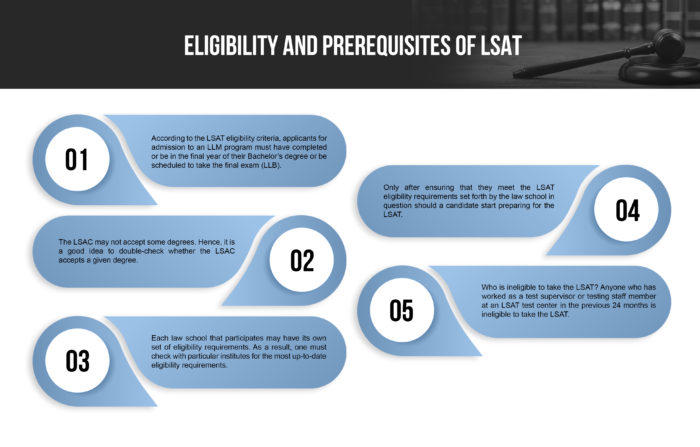 Candidates preparing for the LSAT can take the exam three times in a single LSAC year (June to May), five times in five years, or seven times in a lifetime. Tests taken prior to September 2019 are not a part of these totals. All of one’s results from the previous five years are submitted. Moreover, depending on the concerned law school’s policy, either their greatest score or an average of their scores is used.

How to go about preparing for LSAT?

If a candidate is considering taking the exam or has already begun preparing for the LSAT, they may be feeling overwhelmed. That is fine; everyone studying for the LSAT experiences this at some point. All an aspirant needs to do is stick to a few LSAT study tips, and they will be fine on the test day.

The LSAT is divided into six sections: one unscored essay section and five 35-minute digital multiple-choice sections administered at the testing center on a tablet. Four of these sections will be graded, while the fifth (or variable) section will be left ungraded. Test takers have no idea which sections are unscored until the day of the test. As a result, mentors advise that the candidate responds to all the questions on the LSAT question paper. To prevent cheating, sections are given in a varied sequence to various test takers.

Sections of the LSAT include:

The Cost of Taking LSAT

If candidates fantasize about making the ideal opening statement or banging the gavel, this includes making space and preparing for the LSAT. The Law School Admission Test is a difficult exam that assesses candidates’ readiness for a legal career. Yes, it sounds overwhelming, but one need not get too worked up about it. Aspirants will be ready to go with their hard preparation and commitment, on their way to making a courtroom their new abode.

For more information on preparing for the LSAT, visit our blog.

Spread the love
Tags: cost of taking the LSAT how to prepare for LSAT LSAT exam pattern preparing for the LSAT what is the LSAT