When it comes to ACT vs SAT, both exams are common admission requirements for US colleges.

It is important to note that no institution would favor SAT over ACT, or vice versa.

These exams are meant to evaluate the student’s general knowledge in several areas. The goal for both the exams is the same: to determine college readiness.

First, this article breaks down the differences between the SAT and the ACT. Further, it puts light on the factors to consider while choosing an exam. 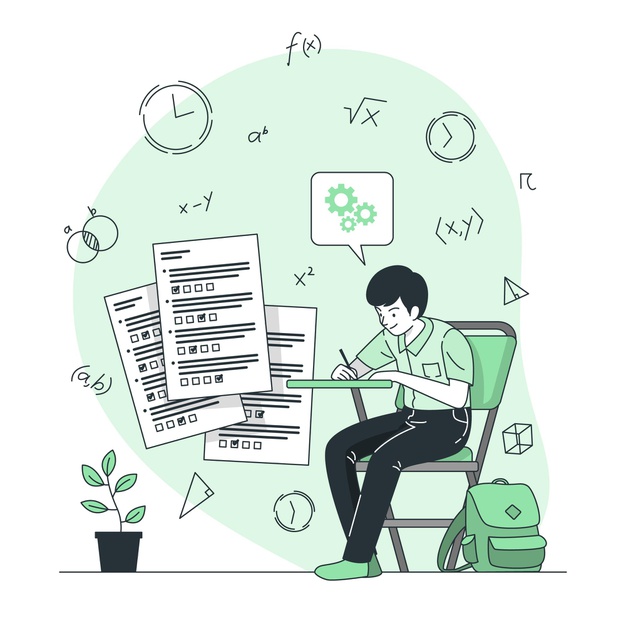 As far as the critical reading section of SAT goes, vocab is the first requisite to excel. Generally, SAT questions are believed to be trickier and less direct compared to the ACT.

In contrast, the ACT eases out on vocab and contains a separate section for science instead. It can be said that the ACT is more curriculum based while the SAT is focused on problem solving.

Therefore, learners who struggle with vocabulary may often perform better with the ACT. However, students cannot judge a test on this single aspect.

Another biggest difference is the time allocation between these two tests. The SAT offers more time for each question, whereas the ACT requires pacing quickly through the questions.

On top of that, the ACT has additional questions, but the SAT questions are quite tricky and lengthy (so they might take longer to complete).

Given below is the section-wise distribution of time: 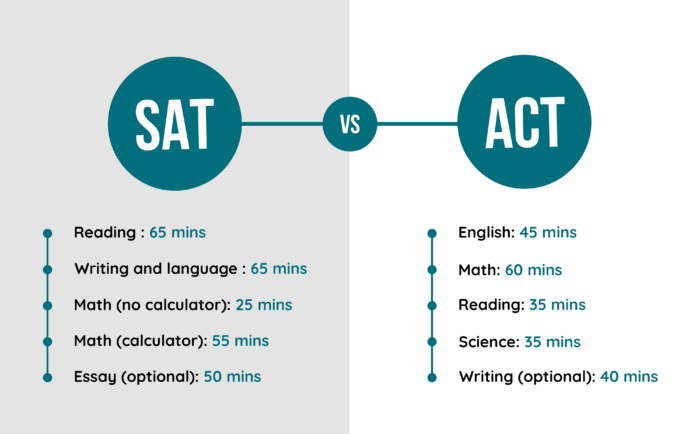 Therefore, students who can stay focused and work under pressure will be better off with taking the ACT test.

The scoring is also vastly different between these tests. The ACT is scored on a scale of 1-36, whereas the SAT ranges between 400-1600.

Mainly, the overall score on the ACT is an average of the four sections (that is, English, Math, Reading, Science). On the other hand, the SAT tends to weigh the score on the basis of each section individually.

Most importantly, there is no penalty for wrong answers (no minus points) on both the tests. So, test-takers have the freedom to turn to guessing when their time is running out.

The essay section is optional on both the tests, but many colleges still require the SAT or ACT essay scores to judge the student’s potential.

The SAT asks students to read a full written essay and analyze the author’s argument. Further, the student’s essay should dissect the argument using evidence and reasoning. In short, the students cannot present their own opinion.

Similarly, on the ACT, the student is supposed to analyze the different perspectives in the passage and mainly present their own opinion, unlike the SAT essay.

The ACT has a separate science section unlike the SAT. The ACT science section provides 35 minutes to answer 40 questions. In this case, a science wizard who loves to analyze scientific data, graphs, and charts the ACT might be a better fit.

That being said, the SAT does test scientific knowledge, though not with the use of a separate science section. With the complexity in questions, the students have to interpret graphs and charts in a way similar to the ACT.

For more information on preparing for the LSAT, visit our blog.